Hello everyone, good day.
Today I’ll be Sharing some very interesting talk I had with some men on how well they handle rejection. Figured I’ve been doing all the talking and thought ‘why not allow the readers do the talking and I put it out there’. I picked this one topic because I realized how well women have been constantly rejecting men these days and I stopped and thought ‘how well they handle this?’.. 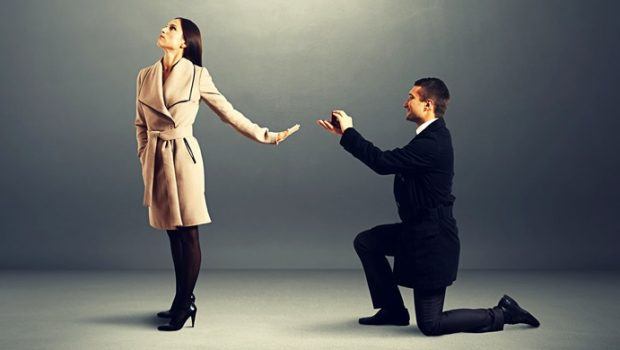 everyone has their very different ways of handling rejection, women included but it’s so much common among men so I did the analysis and it turned out just fine. I’ve realized some men handle it quit well and move on , others become sworn enemies and go out of their way to do the worst.

Well, after this, I’ll give our women the opportunity to tell us why the rate of rejection is becoming very high.

Now..let’s see the various responses our men have in how they handle rejection.
The image below shows one of the best responses I got…
Writer’s name -Emmanuel 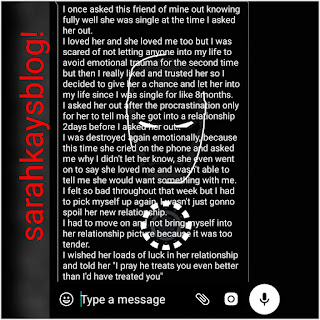 “OK normally if a girl rejects us I’ll use us, not me ok, if a girl rejects us and we really like the girl we don’t give up we continue that was how I got my girlfriend though we are not together anymore, she said no,though I felt heartbroken I had to the right thing, I was always there when she  needed someone, I made her smile gave her what I could and then I didn’t even have to ask her out again, she just said yes, but if we don’t like her maybe because she’s dope or something and her reply is no we just go over to another girl 😀 and life goes on same thing everytime”-justice says!

Well..it seems like our friend has a lot to choose from and just can’t risk to waste his time drooling over one girl..hmm..how do you see that?

“I’ll feel really bad at first. Buh I will definitely let her be.
Relationship is not a one sided thing.
It takes two to tango.
If she feels I am not right for her?
Then fine.
Tho I really love her.
She still has to be happy she is with me”- dubem says!

Dubem is not really into forcing anyone to be with him. He’s mature enough to understand that you can’t force a relationship which is absolutely perfect ..kudos dubem !

“Told you a bit yesterday lol.

I’ll break down in a few days.. Then hate girls for a few days as well, then remember I have female friends that aren’t that bad.. Cycle starts all over again”-sky says!

Our friend here really isn’t ready to be friend zoned after a rejection ..he’s definitely not to be blamed , sometimes girls tend to be very funny !

Ok!..I laughed at this..like this is like ‘i cannot come and kill myself ‘ situation . Kudos Yucee..you really have it going easy for you.

“It depends on ur intentions with the girl
Sometimes u ask a girl out because u just want to sleep with her.
When that kinda of girl rejects u…. Mehn for guys most guys is no big deal…. Some will talk trash with ur name, hate u even keep u uncomfortable if possible.But when a guy ask u out with a genuine intentions of dating u… Seriously in love with the girl…. When the girl rejects,It damn painful especially when u see her with someone u think isn’t good enough for her.Most guys handling rejection as a failure on first trial depending on the intention like i said
But when u Try and Try and ur still rejected… For me i handle as it not meant to happen i take a nap for few days possibly a week… Mehn i forget u” -Emmy explained!

It may seem hard for Emmy but he eventually moves on after trying, talk about maturity!

” First of all that’s the reason I’m still single…  I find it hard to ask a girl out because I’m afraid of her rejecting me.And not just afraid…  I’ll feel so down and disappointed 😞” -kaycee says!

Girls really need to take it easy , Kaycee is actually been careful these days. Hopefully he gets to try again one day.

“D last tym i got rejected…i jus stopped talking to d girl for a while…Den after sometin…we continued our normal friendship but i dont didnt want to go closer lik befor i ask her…” Michael says!

Who would?…time heals all wounds .. space does too.

“Was kinda painful. Well u can’t force anyone for any decision in their life.I persisted tho. Never wanted to stop. Kept striving. Thought I would get a better end result.
But then. I found out that the more time I wasted. The more I loose those who loved me. I had to hold on to that fact and try to forget her.” Kingsley says!

Interesting.. Kingsley actually helped me realize something ..the more you fight for what isn’t worth it..you loose what is worth it..thanks man!..all the best!

“The feeling of rejection or being rejected is one of the most painful if not the most.I try to find out why am being rejected and mend my ways and if it doesn’t work out I move on with life.” John says!

John actually stressed that girls have a reason for rejecting someone and he still tries to measure up..if it’s not just working out..he walks away..good man !

“I feel disappointed…
After all my efforts and show off just to get the girl she turns  the table of me… Also feel frustrated because I can’t do anything about it.. O can’t force her to go against her will. ..
Then failure… Cus I think I failed to impress her. Then what I do?
I don’t show it.. Won’t let her know that it touches me
Would show off… Like make myself better to let her know that she lost something special
Would
Then.. I’d act evil and cold-blooded ” Frank says!

Well.. everyone has their own remedy and Frank just said his. He gets better and just shows her what she’s missing … thought only girls did that..lol!

Thanks to everyone guy that helped in compiling this…for your audience and support … cooperation too..you’re the best!..
Lastly..I should share this..one of the best I read too..save the best for the last they say.. 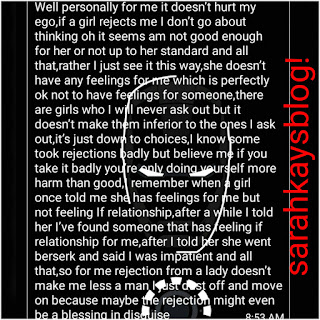 I have to stop at this juncture, sorry I couldn’t post everything..and to those I couldn’t post theirs please forgive me.
Well…we’ve read it all..how do you think these responses come on?..good..bad… ugly?..how well can you handle a rejection?..you can do well by dropping your opinion in the comment box so we can all read and know.
Girls?…well..I’m almost crying now…why so much rejection?..how well do you think the man you rejected acted?..drop your comment and let’s all interact!

Girls… we’re up next.. you can send me a private message on [email protected] or sarahkaysblog on Facebook with your response on what makes you reject a man .

Thanks for sharing!
Sarah cares❤